Probability describes the likelihood of an event, or a sequence of events, occurring.

People have been using numbers to describe how likely an event is to occur since at least early Greece and Egypt. In the 1650s, mathematicians Pierre de Fermat and Blaise Pascal wrote a series of letters to each other in which they discussed the mathematics of random events. Specifically, Fermat and Pascal wanted to describe the likelihood of certain outcomes including rolling number cubes, or dice, that were used to play popular games of their time. 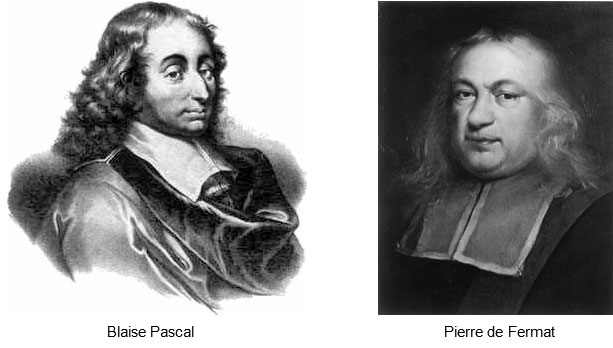 Determining the Probability of Simple Events

In probability, a simple event is one action or observation. For example, you could roll a six-sided number cube. An event in this situation would be a number landing face up on the number cube. Face up means the number that is showing on the top face of the number cube.

If each face is numbered with a digit from 1 through 6, what are the possible outcomes for rolling a number cube?

Use the six-sided number cube shown above to answer the following questions.

Determining the Probability of Independent Events

A bag contains 2 red tiles, 6 green tiles, 1 blue tile, and 3 yellow tiles. Match each simple event with the probability that the event will occur.

Suppose you want to determine the probability that Jeremy will randomly draw a blue tile, replace the tile, and then draw a yellow tile. Use a Venn diagram to represent the relationship between these two events. 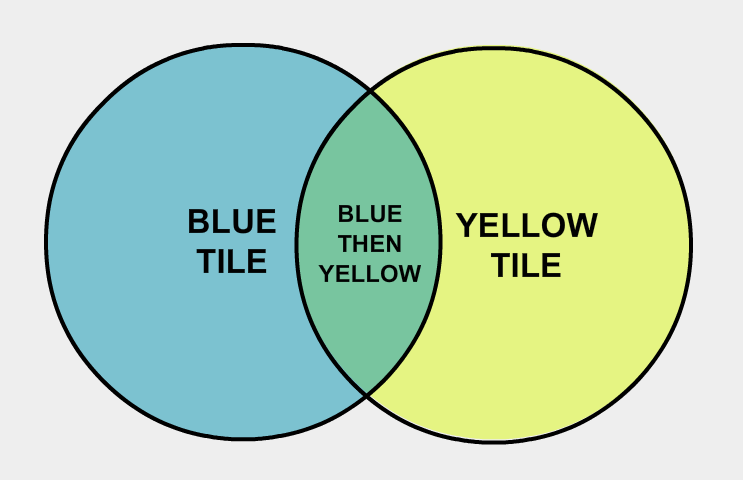 What operation would you use to find the probability of an event in the intersection of this Venn Diagram? 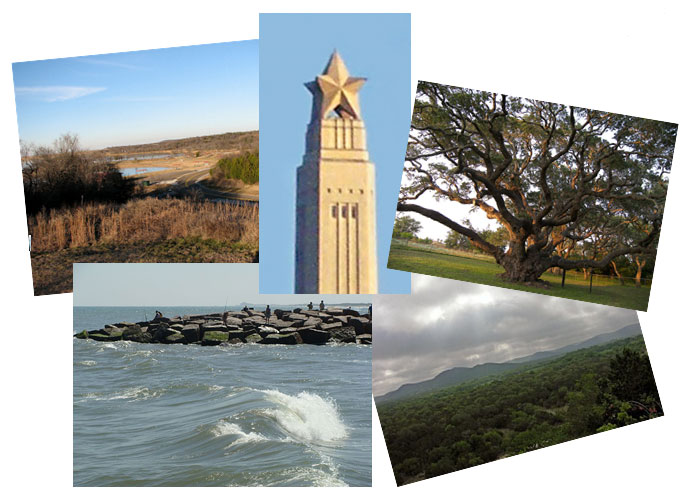 A recent survey of Texas state park users revealed the five most popular state parks. The results are shown in the table below. 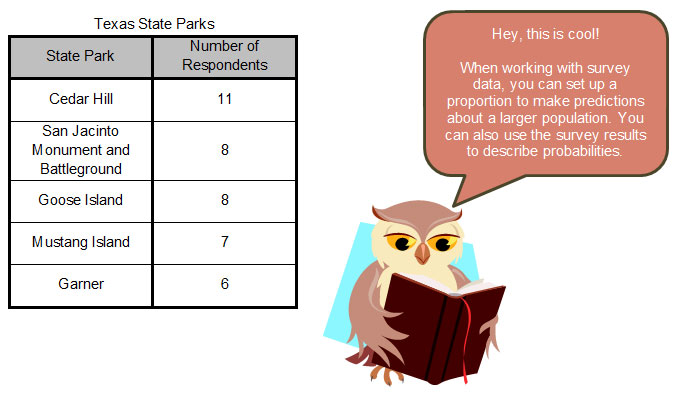 Use the data in the table to answer the following questions.

How can you use data to determine the probability that an event will occur?

Majida surveyed 30 of her classmates to determine which sport was their favorite. Her results are shown in the table below. Use this information to answer the questions that follow. 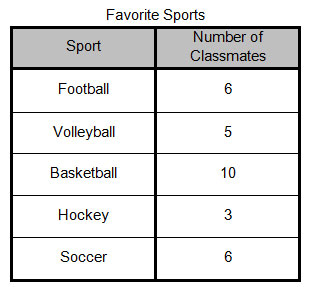 In this lesson, you investigated several different ways to use probability. Review the summary below. 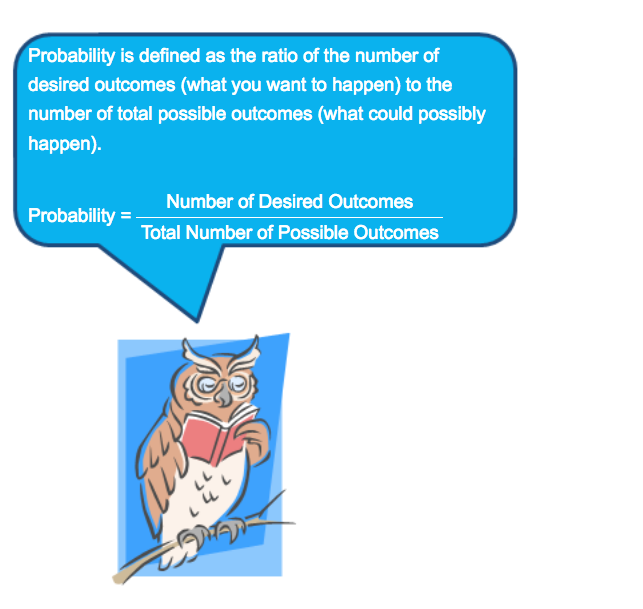 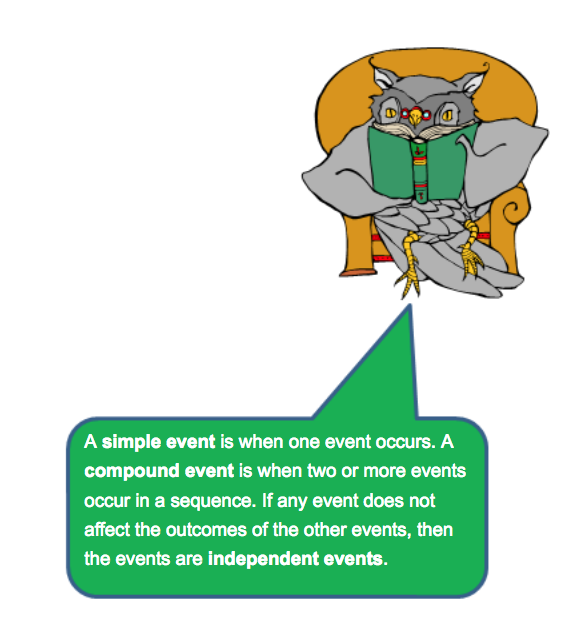 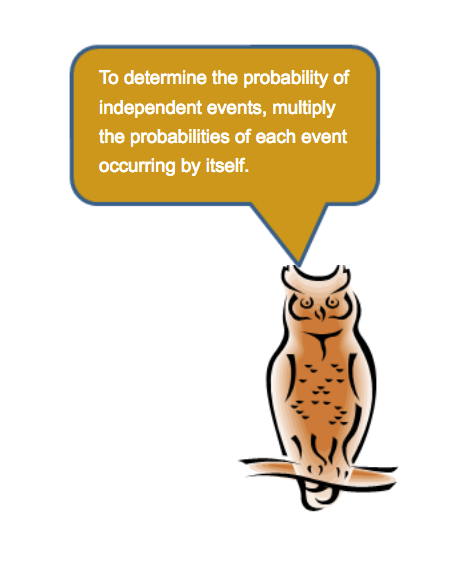