Engage: What Do You See?

Download the Photo Slideshow document from the "Related Items" section below and look at the images in the slideshow. Observe the pictures and think about what is happening. Download the Photo Slideshow Observation Recording Sheet from the "Related Items" section below. Record on this document any observations, thoughts, and inferences about each picture.

Making models is important. Before cars, boats, or buildings are built, there are usually

models to determine what the finished product will look like. Models can also help us study important things in science. Models are generally used by scientists when something is too large to study in a lab or too dangerous to do in the real world. Models are used when studying moon phases, for example, so students can see how the location of the moon affects what portion is visible on Earth. Models are never 100% accurate because they will always have some limitations or aspects that don't truly represent what happens in the natural world.

Now it's time to build your own model of how humans might impact water supplies. As you complete your model, think about which photos from the Engage might be represented in your model. Download the Human Impact Model Procedures document from the "Related Items" section below. Build the model and complete the investigation before going on to the next section of this resource. The following video is a short demonstration illustrating what happens in this investigation in case you are unable to gather the appropriate materials.

Did you observe that the contaminants, represented by the sugar mixture, followed the water into the reservoirs of water on the surface of the plate but also seeped into the water that was in the bowl? While this isn't a perfect model and certainly wouldn't be the most accurate way for scientists in the real world to study the human impacts on water supplies, it does provide a starting point for us to discuss how humans can impact a watershed.

You already know about the water cycle. Water evaporates to form clouds, falls as precipitation, drains into rivers as runoff, and flows to larger bodies of surface water. Due to the force of gravity, precipitation can also seep through soil into aquifers, which are areas of permeable rock that contain and transmit groundwater. On Earth, water is a finite resource. This means that there is a given amount of clean water. Once our water is contaminated, it is extremely difficult to restore its purity.

Let's examine the Explore investigation and see what each material models. 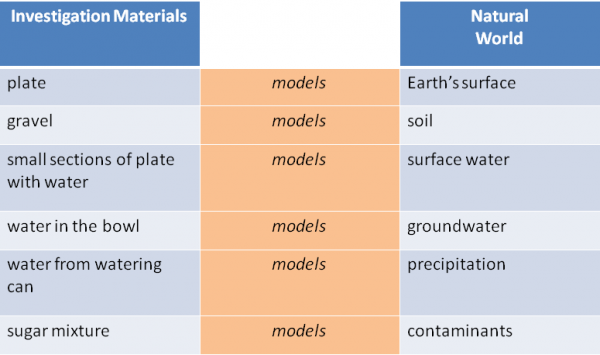 You observed how the colored sugar mixture dissolved into and flowed with the water. Some of the contaminants followed the precipitation as runoff and flowed directly into the surface water. The rest of the water seeped through the soil due to the force of gravity. This caused contamination of the groundwater as evidenced by the clean water turning a green color. The contamination could have been from fertilizers or pesticides, among others things you will discover in the Elaborate.

While models are useful for scientific study, they are not always 100% accurate. Our model certainly has its limitations, such as the following: 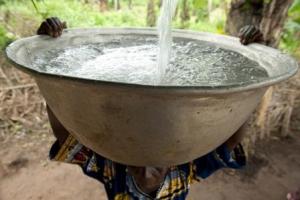 It should be pointed out that human activity does not automatically have a negative impact on groundwater and surface water. As the most intelligent mammal on the planet, humans have the ability to make choices and correct their own behavior to avoid contamination of the watershed.

Great work so far! Now it's time to check your understanding and make sure you are on track. Test your knowledge by trying the interactive activity below.

Elaborate: Other Impacts and Solutions

Study the image below. Based on the image, what other ways might humans impact the quality of surface water and groundwater? 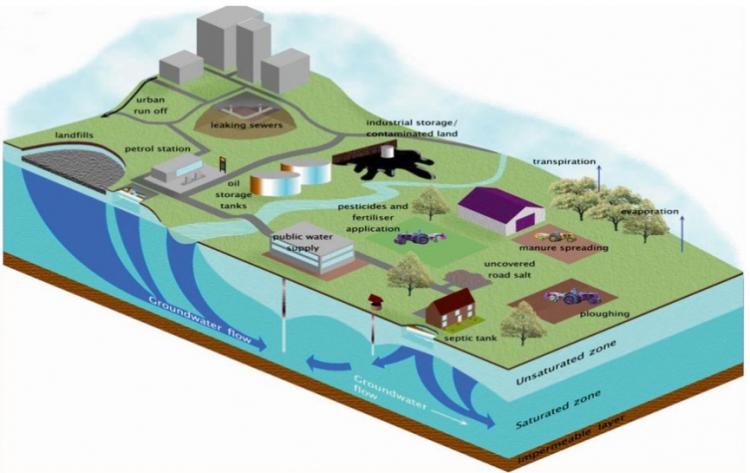 This image illustrates many additional ways that humans can impact surface water and groundwater. Contaminants can leech into groundwater from the bottoms of landfills, spilled gasoline and motor oil at gas stations (petrol stations in the image), sewer pipes that leak raw human waste into the ground, and contamination from industry. All of these and even more situations can result in a negative impact on our watersheds.

What can we do to reduce negative impacts to the watershed? 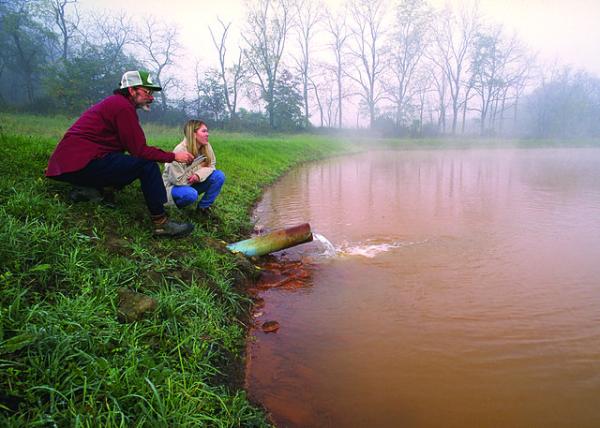 These are the careers of the future. Which area might interest you? What areas of science and math will you need to to know in order to study these impacts, invent a product, or create your own company? The world is waiting on the solutions that your generation will provide.