21.3 Prevention and Treatment of Viral Infections

The majority of content described in this section is not within the scope for AP®. We explore some of these concepts when we study the immune system. However, because all of us will fight viral infections and will receive vaccinations against many diseases, including seasonal flu shots, the content in this section is relevant to our lives outside the classroom. While studying, think about why there are many different antibiotics available for treating bacterial infections but relatively few drugs available to treat viral infections. How do viruses differ from bacteria in both structure and activity?

Viruses cause a variety of diseases in animals, including humans, ranging from the common cold to potentially fatal illnesses like meningitis (Figure 21.14). These diseases can be treated by antiviral drugs or by vaccines, but some viruses are capable of both avoiding the immune response and mutating to become resistant to antiviral drugs.

Figure 21.14 Viruses can cause dozens of ailments in humans, ranging from mild illnesses to serious diseases. (credit: modification of work by Mikael Häggström)

While we do have limited numbers of effective antiviral drugs, such as those used to treat influenza, the primary method of controlling viral disease is by vaccination, which is intended to prevent outbreaks by building immunity to a virus or virus family (Figure 21.15). Vaccines may be prepared using live viruses, killed viruses, or molecular subunits of the virus. The killed viral vaccines and subunit viruses are both incapable of causing disease.

Live viral vaccines are designed in the laboratory to cause few symptoms in recipients while giving them protective immunity against future infections. Polio was one disease that represented a milestone in the use of vaccines. Mass immunization campaigns in the 1950s (killed vaccine) and 1960s (live vaccine) significantly reduced the incidence of the disease, which caused muscle paralysis in children and generated a great amount of fear in the general population when regional epidemics occurred. The success of the polio vaccine paved the way for the routine dispensation of childhood vaccines against measles, mumps, rubella, chickenpox, and other diseases.

The danger of using live vaccines, which are usually more effective than killed vaccines, is the low but significant danger that these viruses will revert to their disease-causing form by back mutations. Live vaccines are usually made by attenuating (weakening) the wild-type (disease-causing) virus by growing it in the laboratory in tissues or at temperatures different from what the virus is accustomed to in the host. Adaptations to these new cells or temperatures induce mutations in the genomes of the virus, allowing it to grow better in the laboratory while inhibiting its ability to cause disease when reintroduced into conditions found in the host. These attenuated viruses thus still cause infection, but they do not grow very well, allowing the immune response to develop in time to prevent major disease. Back mutations occur when the vaccine undergoes mutations in the host such that it readapts to the host and can again cause disease, which can then be spread to other humans in an epidemic. This type of scenario happened as recently as 2007 in Nigeria where mutations in a polio vaccine led to an epidemic of polio in that country.

Some vaccines are in continuous development because certain viruses, such as influenza, have a high mutation rate compared to other viruses and normal host cells. With influenza, mutations in the surface molecules of the virus help the organism evade the protective immunity that may have been obtained in a previous influenza season, making it necessary for individuals to get vaccinated every year. Other viruses, such as those that cause the childhood diseases measles, mumps, and rubella, mutate so infrequently that the same vaccine is used year after year. 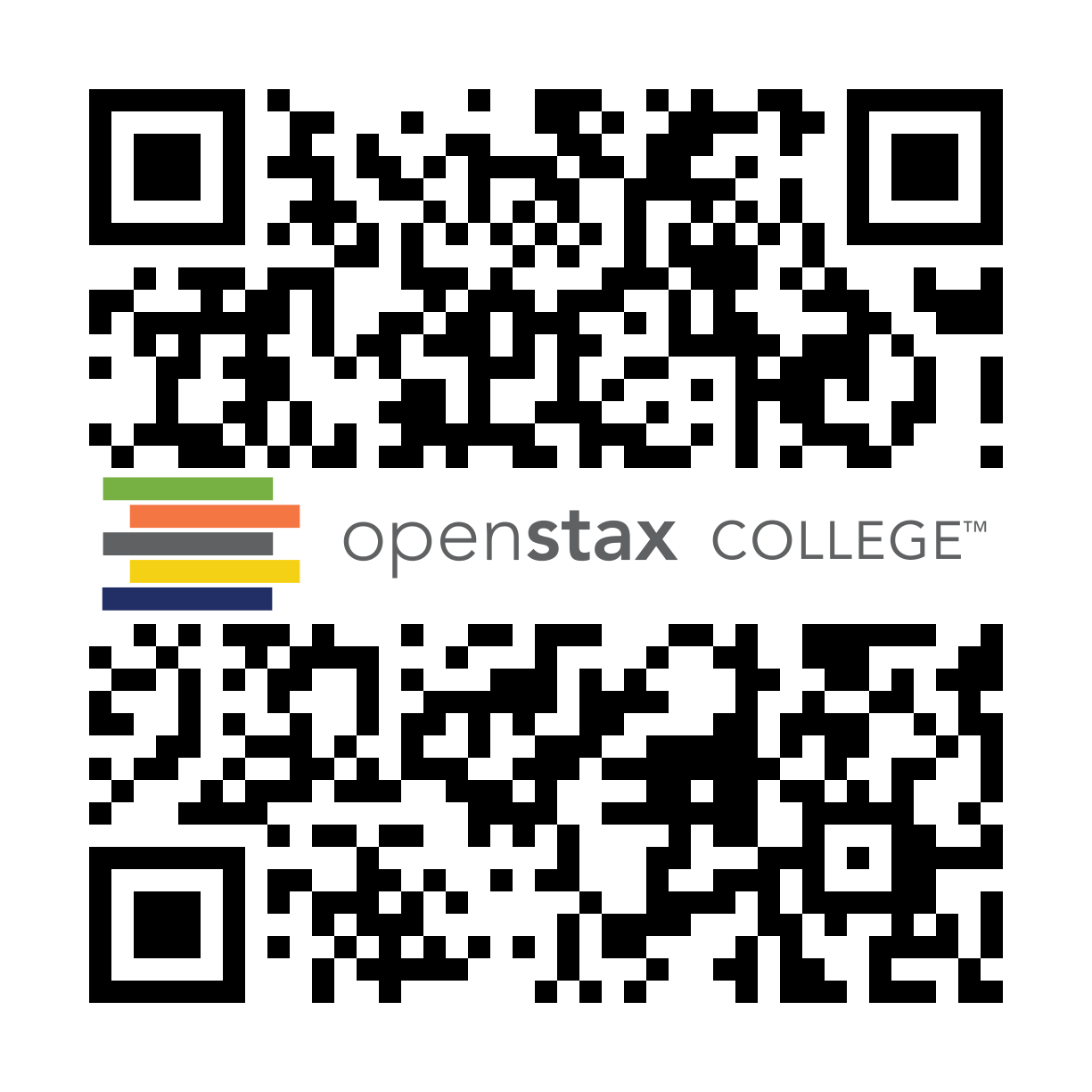 Watch this NOVA video to learn how microbiologists are attempting to replicate the deadly 1918 Spanish influenza virus so they can understand more about virology.

Vaccines and Antiviral Drugs for Treatment

Vaccines and Antiviral Drugs for Treatment

In some cases, vaccines can be used to treat an active viral infection. The concept behind this is that by giving the vaccine, immunity is boosted without adding more disease-causing virus. In the case of rabies, a fatal neurological disease transmitted via the saliva of rabies virus-infected animals, the progression of the disease from the time of the animal bite to the time it enters the central nervous system may be two weeks or longer. This is enough time to vaccinate an individual who suspects that they have been bitten by a rabid animal, and their boosted immune response is sufficient to prevent the virus from entering nervous tissue. Thus, the potentially fatal neurological consequences of the disease are averted, and the individual only has to recover from the infected bite. This approach is also being used for the treatment of Ebola, one of the fastest and most deadly viruses on earth. Transmitted by bats and great apes, this disease can cause death in 70–90 percent of infected humans within two weeks. Using newly developed vaccines that boost the immune response in this way, there is hope that affected individuals will be better able to control the virus, potentially saving a greater percentage of infected persons from a rapid and very painful death.

Another way of treating viral infections is the use of antiviral drugs. These drugs often have limited success in curing viral disease, but in many cases, they have been used to control and reduce symptoms for a wide variety of viral diseases. For most viruses, these drugs can inhibit the virus by blocking the actions of one or more of its proteins. It is important that the targeted proteins be encoded by viral genes and that these molecules are not present in a healthy host cell. In this way, viral growth is inhibited without damaging the host. There are large numbers of antiviral drugs available to treat infections, some specific for a particular virus and others that can affect multiple viruses.

Antivirals have been developed to treat herpes and influenza. For herpes, drugs such as acyclovir can reduce the number and duration of episodes of active viral disease, during which patients develop viral lesions in their skin cells. As the virus remains latent in nervous tissue of the body for life, this drug is not curative but can make the symptoms of the disease more manageable. For influenza, drugs like oseltamivir (Figure 21.16) can reduce the duration of flu symptoms by one or two days, but the drug does not prevent symptoms entirely. Oseltamivir works by inhibiting an enzyme (viral neuraminidase) that allows new virions to leave their infected cells. Thus, Oseltamivir inhibits the spread of virus from infected to uninfected cells. Other antiviral drugs, such as Ribavirin, have been used to treat a variety of viral infections, although its mechanism of action against certain viruses remains unclear.

By far, the most successful use of antivirals has been in the treatment of the retrovirus HIV, which causes a disease that, if untreated, is usually fatal within 10–12 years after infection. Anti-HIV drugs have been able to control viral replication to the point that individuals receiving these drugs survive for a significantly longer time than the untreated.

Figure 21.17 HIV, an enveloped, icosahedral virus, attaches to the CD4 receptor of an immune cell and fuses with the cell membrane. Viral contents are released into the cell, where viral enzymes convert the single-stranded RNA genome into DNA and incorporate it into the host genome. (credit: NIAID, NIH)

When any of these drugs are used individually, the high mutation rate of the virus allows it to easily and rapidly develop resistance to the drug, limiting the drug’s effectiveness. The breakthrough in the treatment of HIV was the development of HAART, highly active antiretroviral therapy, which involves a mixture of different drugs, sometimes called a drug cocktail. By attacking the virus at different stages of its replicative cycle, it is much more difficult for the virus to develop resistance to multiple drugs at the same time. Still, even with the use of combination HAART therapy, there is concern that, over time, the virus will develop resistance to this therapy. Thus, new anti-HIV drugs are constantly being developed with the hope of continuing the battle against this highly fatal virus.

The study of viruses has led to the development of a variety of new ways to treat non-viral diseases. Viruses have been used in gene therapy. Gene therapy is used to treat genetic diseases such as severe combined immunodeficiency (SCID), a heritable, recessive disease in which children are born with severely compromised immune systems. One common type of SCID is due to the lack of an enzyme, adenosine deaminase (ADA), which breaks down purine bases. To treat this disease by gene therapy, bone marrow cells are taken from a SCID patient and the ADA gene is inserted. This is where viruses come in, and their use relies on their ability to penetrate living cells and bring genes in with them. Viruses such as adenovirus, an upper respiratory human virus, are modified by the addition of the ADA gene, and the virus then transports this gene into the cell. The modified cells, now capable of making ADA, are then given back to the patients in the hope of curing them. Gene therapy using viruses as carrier of genes (viral vectors), although still experimental, holds promise for the treatment of many genetic diseases. Still, many technological problems need to be solved for this approach to be a viable method for treating genetic disease.

Another medical use for viruses relies on their specificity and ability to kill the cells they infect. Oncolytic viruses are engineered in the laboratory specifically to attack and kill cancer cells. A genetically modified adenovirus known as H101 has been used since 2005 in clinical trials in China to treat head and neck cancers. The results have been promising, with a greater short-term response rate to the combination of chemotherapy and viral therapy than to chemotherapy treatment alone. This ongoing research may herald the beginning of a new age of cancer therapy, where viruses are engineered to find and specifically kill cancer cells, regardless of where in the body they may have spread.

A third use of viruses in medicine relies on their specificity and involves using bacteriophages in the treatment of bacterial infections. Bacterial diseases have been treated with antibiotics since the 1940s. However, over time, many bacteria have developed resistance to antibiotics. A good example is methicillin-resistant Staphylococcus aureus (MRSA, pronounced mersa), an infection commonly acquired in hospitals. This bacterium is resistant to a variety of antibiotics, making it difficult to treat. The use of bacteriophages specific for such bacteria would bypass their resistance to antibiotics and specifically kill them. Although phage therapy is in use in the Republic of Georgia to treat antibiotic-resistant bacteria, its use to treat human diseases has not been approved in most countries. However, the safety of the treatment was confirmed in the United States when the U.S. Food and Drug Administration approved spraying meats with bacteriophages to destroy the food pathogen Listeria. As more and more antibiotic-resistant strains of bacteria evolve, the use of bacteriophages might be a potential solution to the problem, and the development of phage therapy is of much interest to researchers worldwide.

How can viruses be used in gene therapy?